What’s In a Name: Might the Renaming of Massachusetts’ Council Be the Way of the Future? 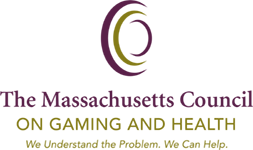 Q: Why was the organization renamed?

A: We started talking about this around four years ago. For starters, the term “compulsive gambling” was antiquated. We also became involved with GameSense, which meant we were more focused on the full spectrum from prevention to recovery rather than just intervention. We also heard increasingly from people at casinos and on social media, helplines, etc., about the blurring of lines between gaming and gambling. Since iGaming takes place on the casino floor it made sense to talk about “gaming,” which is more of an all-encompassing term. The “health” aspect of our name reflects that we do more than just intervention — we also want to look at the larger public health implications. The intention of the name is to not only expand our mission but also to designate what we’re truly doing as an organization.

Q: Was there a tipping point in the decision to change the name?

A: It was a gradual thing but in the last two years as we’ve realized the blurred lines between gaming and gambling, so have gaming commissions. Congress has even held hearings on gaming. It became clear to us that this was the next wave and we didn’t want to miss it.

Q: What has the response been to the name change?

A: For the most part, everyone has been incredibly supportive. They thought it was appropriate and future-focused.

Q: Have you made any changes to your training since the name change?

A: The very first thing we did was to work on a certificate program and clinical training program to broaden counselor and clinician knowledge of video gaming in a clinical setting. We want to make sure they’ve been prepared so that when someone presents with a gaming problem, they know how to respond.

Q: How is Massachusetts handing gaming disorder? Are counselors encouraged to take the INTENTA training? (INTENTA is the first approved training provider for the new International Gaming Disorder Certificate (IGDC) by the International Gambling Counselor Certification Board).

A: The training that we’re putting together is sort of a competitor to INTENTA. It’s another option that is a little shorter and less expensive. We are collaborating with the Evergreen Council on Problem Gambling and the course is called Foundations in Gaming Disorder. As with INTENTA, it will qualify for international board certification.

Q: Do you plan to measure the impact of the name change, whether through changed attitudes or diminished stigma around gambling disorder?

A: For now, we’re just collecting anecdotal feedback. But a year from now, we’ll want to know we’ve done the right thing. I think we’re gaining a lot of traction. We’re also in the process of putting together a major national study with gambling and gaming stakeholders with major universities. That, alone, has been well received.

Q: Do you think other state councils will make similar name changes?

A: Several fellow state councils have asked us how to do it. Many of us were trained on the idea of calling it “gambling” rather than “gaming” so it takes some fresh thinking. It’s not a change to be done lightly.