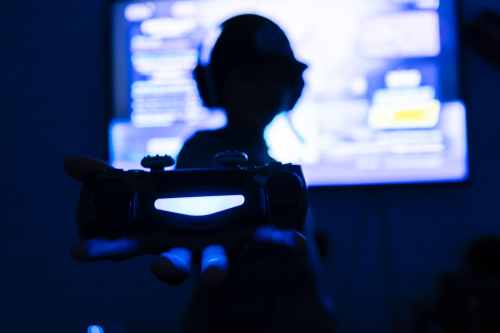 Read the original article on The Basis website Here. 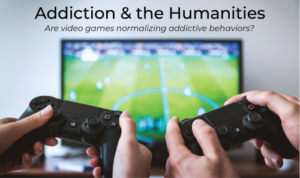 Approximately 155 million Americans play video games – just under half the population of the United States. Video game players are commonly stereotyped as a pre-pubescent or teenage boy who stays up too late on a school night indulging in gameplay. However, the average age of a gamer in the United States is 35, and only 29% of all gamers are younger than 18. Over time, video games have become more and more “adult” themed to match the consumer base. Unfortunately this “adultification” has led to increased presence of alcohol, tobacco, and other substance use and gambling content in video games, all of which are usually related to character development or impact gameplay. The pervasiveness and portrayal of substance use and gambling in video games may have implications for video game industry stakeholders and consumers – especially children.

Video Games & Alcohol
Some prominent video game characters seem particularly inclined to drink, and they drink to excess more often than not. Grand Theft Auto, Red Dead Redemption, and Sea of Thieves feature prominent characters consuming alcohol excessively. These characters are often unable to control themselves, act belligerent, and are shown stumbling around. Games sometimes mimic the effects of being intoxicated by slowing character movement and blurring the edges of the gameplay screen.

Some video games go so far as to reward gamers for their virtual drinking activity. In the game The Red Strings Club, players are able to use alcohol (e.g., pouring other characters drinks) in order to manipulate other characters’ moods. In other games – Fallout, This War of Mine, Prey – drinking alcohol can actually give brief boosts to stats (e.g., strength and charisma), make characters less sad, and reduce a player’s fear status to enable better vision and accuracy. Drinking is often central to a character’s personality or superpowers. For example, video games like Stardew Valley, Bioshock Infinite, and Firewatch each have main characters who show signs of alcohol use disorders. Mortal Kombat X boasts a character whose entire fighting style is the “drunken master” – his special moves include chugging the drink he carries around, belching, farting, and even vomiting on the opponent.

Alcohol content is common in video games that adolescents play. A study based in the United Kingdom found that 17 of the 32 best-selling video games featured alcohol or tobacco content during gameplay. Sixty percent of adolescents surveyed had played at least one of these games. However, the Pan European Game Information (PEGI) system did not report any alcohol content within the games. The PEGI creates accurate, age-appropriate ratings for video games in Europe and informs consumers about the adult content contained within each game. If the PEGI is failing to accurately report this adult content, more children are able to access it. This is concerning because this study also found that adolescents who played at least one of these games were more likely to have ever used alcohol or tobacco than their peers who had not engaged with any of these games.

Video Games & Tobacco
The tobacco industry has a long history of partnering with video game companies for promotional purposes. Even after the implementation of several restrictions limiting the use of video games as marketing tools for the tobacco industry, there still remain countless depictions of tobacco throughout modern-day video games. 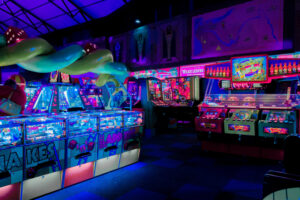 Tobacco use is often an important part of gameplay. For example, Red Dead Redemption 2 includes a scene where a cowboy meets a man smoking a cigarette. The cowboy learns an important objective of the game – he must smoke premium cigarettes in exchange for trading cards (these are in-game markers of progress). He can win the game only when he has smoked enough cigarettes to complete his sets of trading cards. Using tobacco products can also fill the “dead eye” meter which slows down time so the character can make more precise and accurate shots with their weapons. This meter depletes quickly but can be easily refilled by chewing tobacco, or smoking cigars or cigarettes. Other games, like the Metal Gear Solid series and the Bioshock series, include similar tobacco power-ups.

Video games often glamorize tobacco use by depicting characters who use these products as edgy or cool. In terms of functionality, the use of tobacco products tends to focus and steady the character, often boosting the outcomes of their action. It’s easy to imagine that ‘cool’ characters who use tobacco to center and focus themselves will be influential to adolescents. Adolescents who play video games are more likely to have tried alcohol and tobacco products than those who do not. This is particularly concerning as a 2015 survey from the University of California San Francisco found that 42% of video games played by the study participants contained tobacco-related content. However, only 8% of those games received tobacco warnings from the Entertainment Software Rating Board (ESRB) – the American version of the PEGI. This is another example of the rating system failing to accurately detect and warn consumers about the adult-themed content found in video games.

Video Games & Other Substances
It may be surprising (or not surprising at this point) to learn that video games have been making implicit and explicit references to illicit substances almost since their conception. Miyamoto, the game designer for Nintendo, deliberately chose a mushroom as Mario’s power-up in reference to psychedelics. The world of Mario is a fantasy land that you can only get into and remain in by constant ingestion of these mushrooms. Similarly, the creator of Pac-Man refers to the dots that Pac-Man eats as “power pills.” 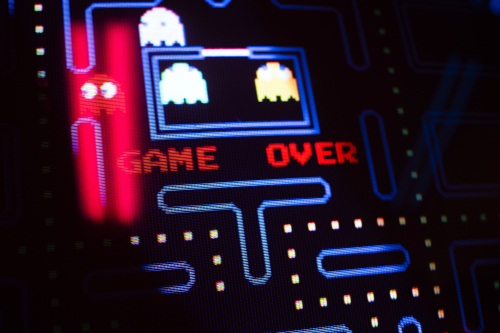 Archstone Behavioral Health completed a study examining the top 100 best-selling games per gaming console and analyzed each ESRB rating for substance use in order to investigate the types of drug use present per game. They found that 61% of games featured real drugs (e.g., cocaine, heroin, marijuana) and 38% featured fictional drugs found in-game only. Forty percent of the games featured drugs that caused the user to become disoriented in some way. However, ingesting these substances also had benefits. Thirty-two percent of drugs boosted a character’s power and 28% actually increased the character’s health. Nearly a quarter of the video games featured multiple drugs – most of them stimulants to stay awake, gain energy and get high. These tended to also be extremely addictive.

It’s interesting to note that outside of medicinal uses or energy boosts, drugs and the characters who use them are often portrayed as ‘shady.’ Characters who use or sell substances in video games are not as popular as those who use tobacco products. Drug purchasing and use is often reserved for the unsavory or criminal characters in the game’s storyline (e.g., The Elder Scroll, Fallout). In these games, drugs are often vague, untitled substances that are traded by criminals. This poses some interesting questions to gamemakers: what makes tobacco cool and edgy? Why are drugs used by criminals and ‘shady’ characters?

In addition to loot boxes, there are concerns over the use of skins in video games. Skins are items that a player can win during the game, such as weapons, outfits, or particular football players. Counter-Strike: Global Offensive, a popular video game, drew attention from the UK Gambling Commission in recent years after game developers added weapon skins to the game. These skins allowed players to win customizations for their weapons. The random nature and rarity of skin drops made them valuable and they became a form of currency within the game. 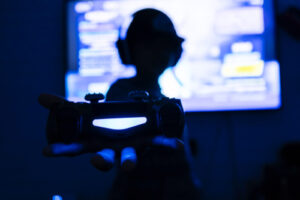 As Global Offensive grew in popularity as an e-sport with professional players and teams, so did sites like the Steam Marketplace. Here, consumers can gamble on the outcome of matches and use their skin inventory to place bets. European law only bans cash-betting on e-sports, so these actions are not legally classified as gambling. Gamemakers exploited this legal loophole that has allowed consumers – including children and adolescents – to participate in gambling-like activities. Loot boxes, skins, and other gambling-like activities found in video games have become normalized and may increase the likelihood of young players developing problem gambling or experiencing gambling-related harms.

Conclusion
Video games are a popular form of media and entertainment in the United States and many parts of the world. Drinking, smoking, using other drugs, and gambling have become common content within video games and are often directly linked to character development and gameplay. However, video game review boards like the ESRB and PEGI are not accurately identifying and reporting this adult content. The presence of this content has been shown to increase the likelihood of initiation and problematic behavior in consumers, especially among children. It is essential that review boards ensure that their content warnings are correctly identifying the presence of substances and gambling in games. Educational campaigns should consider targeting gamers, like the Truth Initiative’s anti-tobacco ads on Twitch streams. Parents should take an active role in checking the content of the video games used by their children.