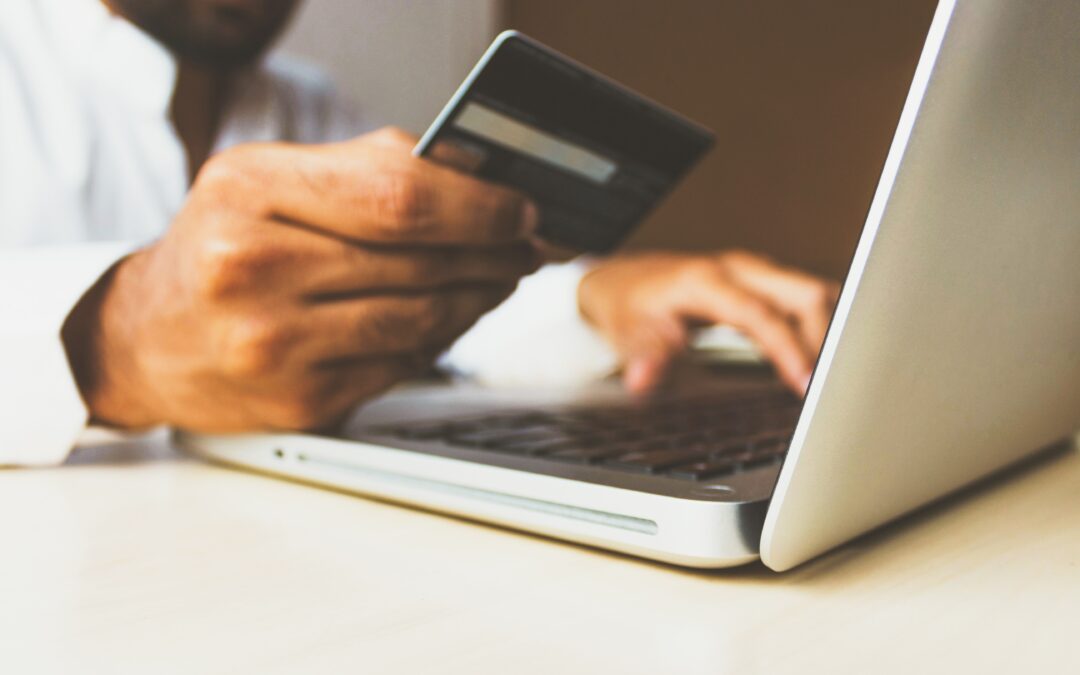 Read the original article on The Basis website HERE

Many video games provide players with opportunities to purchase in-game items after they’ve already started playing. If these items give players a better chance of advancing in the game or help players stay competitive in online matches against other players, then the game is called Pay-to-Win (P2W). Some researchers have noted parallels between P2W games and some forms of gambling. For example, both can tap into people’s competitive spirits, getting them to spend more than they might otherwise. In this last week of 2021, as millions try out the new toys and games they received as holiday gifts, The WAGER reviews a study by Fred Steinmetz and colleagues that explores possible links between purchasing in P2W games, problems controlling gambling, and between gambling participation and problems controlling P2W purchasing.

What was the research question?
Are there associations between aspects of pay-to-win purchases in video games and problems controlling gambling?

What did the researchers do?
The researchers acquired data from the German online panel of the e-GAMES (Electronic Gam(bl)ing: Multinational Empirical Surveys). Participants responded to survey items related to (1) demographics, (2) participation in various gambling games, (3) number of payments and (4) total amount paid in P2W game purchases, and (5) motivations for making P2W purchases. Participants also filled out a screener questionnaire that measures risks associated with gambling (the Problem Gambling Severity Index; PGSI) and an analogous screener for risks associated with P2W game purchases (the PGSI modified for Pay-to-Win gaming, yielding a “P2W risk score”). The researchers used data from the 700 participants who both gambled online and were P2W players. They used linear regression models to estimate the associations between gambling activity and P2W risk score, between P2W purchasing and PGSI score, and between P2W risk score and PGSI score.

What did they find?
Gambling by itself was not a risk factor for problems with P2W games. However, extreme levels of gambling were. More specifically, participation in any of the eight forms of gambling listed in the survey had no or very small associations with P2W risk scores (see Figure), but people who spent more money on gambling, and those who had relatively high PGSI scores, had higher P2W risk scores. The reverse was also true; higher P2W risk scores and more frequent P2W purchases both predicted higher PGSI scores. However, in contrast, spending more money on P2W purchases was linked to lower PGSI scores. 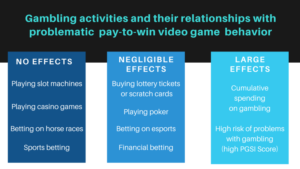 Why do these findings matter?
Simply participating in P2W gaming does not appear to increase the risk for gambling problems, or vice versa. However, excessively participating in one activity was linked with excessively participating in the other activity. There could be something connecting problems with one form of entertainment and problems with the other. For example, some P2W games contain gambling mechanics (e.g., loot boxes), so it is possible that these items are serving as substitutes for traditional gambling for some people. These findings suggest that those who experience problems with gambling should avoid getting deeply involved with P2W games, and that those who have had issues with P2W games should be careful around gambling.

For more information: As publishers release new games, and add loot boxes and P2W mechanics to current games, fans and players with mathematical savvy post articles with their calculations of the utility (or lack thereof) of these items on forums such as Reddit. Much like with many forms of gambling, educating oneself about the games and how they function is one possible step towards preventing these games from creating problems in the future.

If you think you might have trouble controlling your video gaming (or gambling), resources are available for gaming and for gambling. Additional resources, including gambling and self-help tools, can be found on our Addiction Resources page.