The Season of Sports Gambling 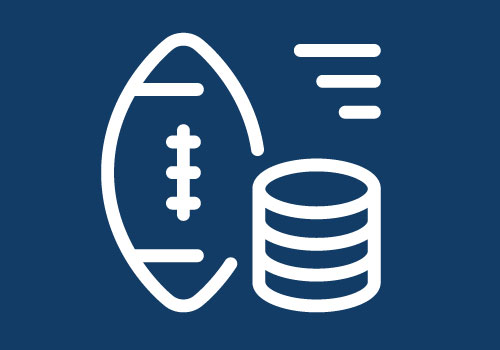 The Super Bowl and March Madness, which take place in February and (primarily) March, respectively, are the most popular sports betting events in the U.S. With the legalization of sports gambling in many states, both events experienced record wagers. Here’s a snapshot of each event.

Information about betting activity for the Super Bowl is not yet complete, but it’s clear that wagering beat out the previous record from 2021. According to legalsportsreport.com, as of April 4, 14 states reported a combined $588.1 million in handle (amount of money wagered) and $45.9 million in revenue. This compares to $486.5 million in handle and $43 million in revenue from 17 legal jurisdictions in 2021. Notably, even states with neighboring states that legalized sports gambling since last year saw a considerable year-to-year increase.

The NCAA Men’s Basketball Tournament received more betting action than ever before. According to SportsHandle.com, prior to the Final Four games, 31 percent of Americans aged 21 to 64 placed bets on tournament games, with about two in three saying they bet more this year than on any previous tournaments.