Similarities Between Alcohol, Drug and Gambling Addiction Can Present Problems for Those in Recovery 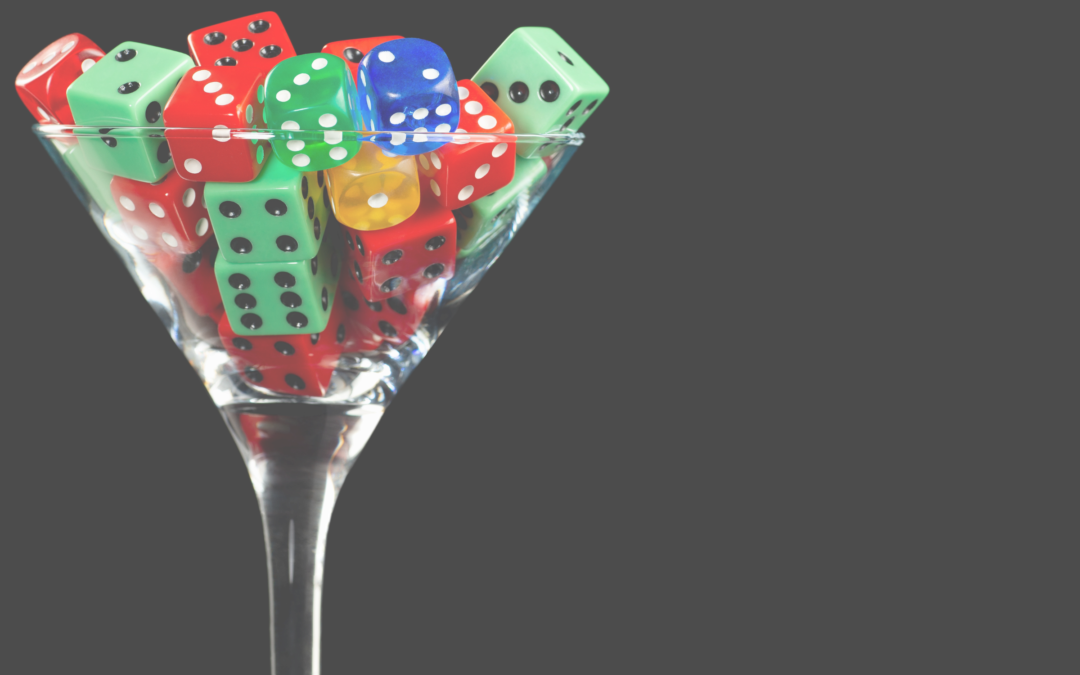 “John” was doing well in his recovery from alcohol addiction. He hadn’t had a drink in eight months, was regularly attending AA and individual counseling, and was well supported in his recovery by family and friends.

Several of John’s college buddies were planning a trip to Las Vegas and asked him if he wanted to join them. John was feeling good about life and the progress he’d made with his alcohol addiction, so he thought a first-ever trip to Las Vegas would be fun and well deserved.

Once in Las Vegas, John visited the famous strip. He was mesmerized by the sights and sounds, and eventually decided to enter one of the casinos.

John opted to play the first slot machine he saw so he could experience the thrill of Las Vegas. He placed four tokens in the machine, hit the spin button and watched. He hit a jackpot on his first play, winning a payout of $150.

John felt an immediate rush of excitement. It was a such a good feeling, in fact, that he was driven to experience it again. He spent much of the evening and most of the weekend at various slot machines on the strip in hot pursuit of another large payout, often at the expense of enjoying the company of his friends. He’d also lost $700 in the process.

John’s obsessive focus on gambling and his desire to experience the high from a win—despite obvious negative consequences—was similar to his behavior while drinking. In both instances, nothing else seemed to matter—and he was powerless to stop himself.

John’s story demonstrates how easy it is for people in recovery to unwittingly switch addictions. While many people in recovery may be familiar with the concept of addiction replacement, it’s a notion that would surprise members of the general public who think that addiction is a condition that pertains to a single, particular behavior which, when treated, ceases to wreak havoc with someone in the future.

Research suggests that people addicted to a substance, such as alcohol or drugs, are at greater risk for developing problems with other addictions, such as binge eating, sex, pornography, shopping, work or gambling. These so-called process addictions occur when someone becomes addicted to a rewarding behavior that does not involve an addictive substance. Although they are not commonly thought of in the same way as alcohol or drug addiction, process addictions can become a significant problem for people or become a substitute for their primary addiction.

The reason that a new addiction can take the place of a previously addictive behavior is because individuals who have an addiction aren’t actually craving a physical substance; they’re craving the fulfillment of an emotional or psychological need. They are essentially substituting one addiction for another in an effort to keep producing the same feeling or high that results from the release of dopamine.

The Link Between Substance Use Addiction and Gambling Addiction

One of the most strongly linked addiction combinations is alcohol and gambling, suggesting that those in recovery from an alcohol or drug addiction are at significant risk for becoming addicted to gambling. In fact, one study showed that 10-20 percent of people with substance abuse problem also have gambling problems.

Likewise, substance use disorder (SUD) is very common in those with gambling problems. According to Jon Grant, JD, MD, MPH, Professor of Psychiatry and Behavioral Neuroscience at the University of Chicago, the rate of substance abuse among gamblers is seven times greater than that of non-gamblers. The most common substances used by problem gamblers are nicotine and alcohol.

More than half of Gamblers Anonymous participants reported either alcohol or drug abuse, and 35-63% of individuals seeking treatment for gambling disorder also screened positive for a lifetime SUD, which is much higher than rates found in the general population (26.6%).

However, this does not mean that if someone has a gambling problem that they are guaranteed to become addicted to other things—or vice-versa. Some problem gamblers never experience any other addiction because no other substance or activity gives them the same feeling as the gambling does.

When recovering alcoholics try gambling, their brain will essentially remind them of the pleasurable feeling they’ve gotten in the past. Their experience with a previous addiction effectively rewired their brain, meaning that the pleasure pathway remains. This is why alcoholics are three times more likely to develop a gambling addiction than the population at large.

Research Explores Relationship Between Gambling Disorder and Substance Use Disorders

The similarity between SUDs and gambling disorder has been increasingly studied and documented by researchers. The hope is that the grouping of gambling disorder alongside SUDs will improve the ability to recognize the disorders, increase understanding of the brain chemistry of addictions, and ultimately result in better treatment approaches.

Both gambling and substance use usually begin in childhood or adolescence, becoming more severe into early adulthood, with males tending to start at an earlier age. Research suggests that gambling disorder appears to follow a pattern similar to that of substance dependence, with high rates in adolescent and young adult groups, lower rates in older adults, and periods of abstinence and relapse.

Both gamblers and substance users are susceptible to stimuli in their environment that may excite a desire to re-engage with their addiction. For example, a gambling advertisement can trigger urges to “crave” gambling. Both gambling disorder and SUDs can also cause severe financial, social and/or legal problems.

Genetic connections appear to play a role in both SUDs and gambling disorder. Psychiatric disorders are common in the first-degree relatives of those with gambling disorder, particularly mood, anxiety, substance use, and antisocial personality disorders. One study suggested that gambling disorder was 4.49 times more like to occur in family members of gamblers versus those in a control group. This ratio is similar to the prevalence of SUDs.

Studies examining gambling disorder and SUDs have found that members of both groups exhibit diminished performance on inhibition, time estimation, cognitive flexibility, decision-making, spatial working memory and planning tasks. However, a relationship has not yet been established between cognitive deficits and clinically significant symptoms.

There are similarities in the physiological processes associated with gambling disorder and in SUDs. For example, dopamine, a neurotransmitter in the brain, plays a role in various behaviors, including cognition, pleasure and motivation. Medications that activate specific synaptic receptors have shown benefit for SUDs and offer promising data for gambling disorder.

Brief treatments, such as telephone-based motivational interviewing and the use of a self-help cognitive-behavioral therapy workbook have shown short- and long-term benefit for people with gambling disorder. Positive findings have been reported for similar treatments in SUDs.

Given the similarities between addictions and the documented high rates of co-occurrence among addictions, those in recovery from an alcohol or drug addiction need to be aware of the potential for crossing addictions. When there’s a strong focus on the primary presenting addiction, it can be easy to miss the development of other, new behaviors that came become unhealthy until they become quite obvious and destructive.